Manchester United presented this Friday the new home jersey that Cristiano Ronaldo, Raphaël Varane and their partners will wear at Old Trafford throughout the 2022-2023 season.

A special jersey for a special season? After a laborious 2021-2022 exercise, where neither Ole Gunnar Solskjaer nor Ralf Rangnick will have succeeded in satisfying Manchester United supporters despite XXL recruitment the previous summer (Cristiano Ronaldo, Raphaël Varane, Jadon Sancho), ending with a disappointing 6th place in the Premier League, the Red Devils are expecting a very different year under their new coach, Erik ten Hag.

It is in this context that the Mancunian club and adidas, its equipment supplier since the 2015-2016 season until 2025-2026 for a minimum amount of €942 million, have decided to reveal the new home jersey hand in hand. that the players will wear, especially when they play at home, at Old Trafford.

United is also entitled to its polo collar

If the brand with the three stripes had opted for a return to a more classic concept last year, this time it decided to design a home kit a little more particular. Already, in terms of color, we observe that the red used remains darker than its predecessor. Besides the different color, several details challenge when looking at this new tunic.

First, the collar, made like a polo shirt, in the continuity of the home jerseys already created by adidas for the new season, such as that of Real Madrid or Arsenal. Especially since a triangular design is present on this collar, inspired by 1994. These triangular patterns are also found on the socks of this 22-23 home kit. A red devil on the front accompanies these graphics, while the white adidas logo is located on the back and the top is red with the American equipment manufacturer’s three black stripes. 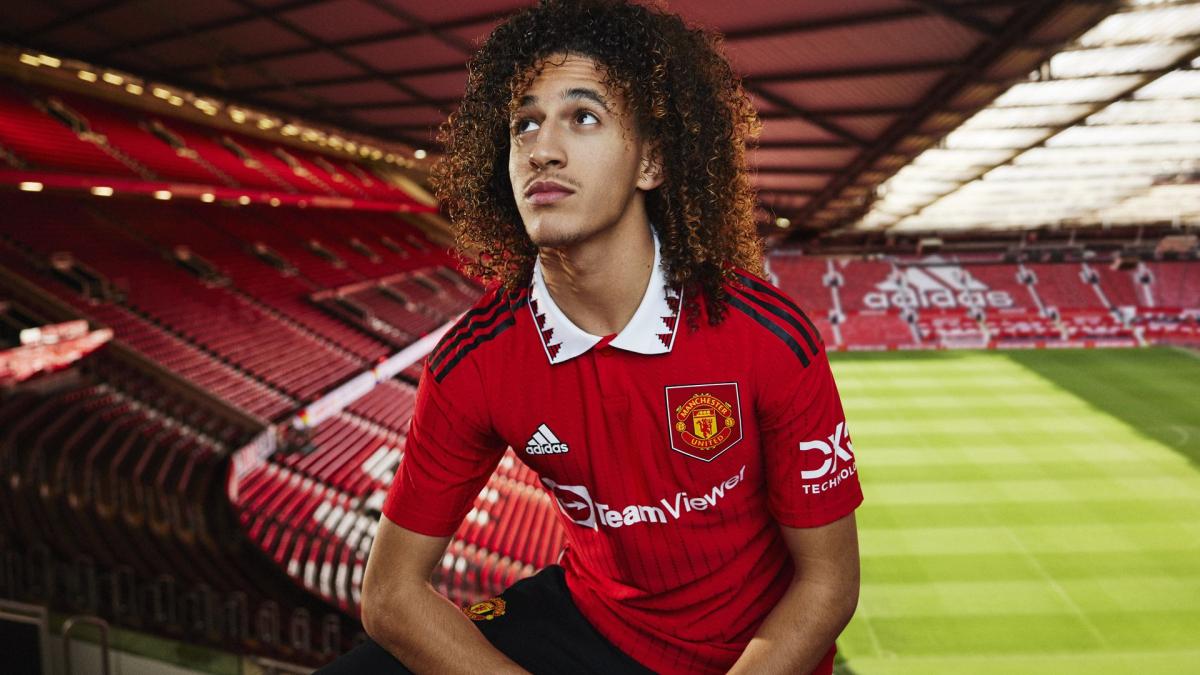 The shield is back

Another element that hardly goes unnoticed is the presence of a pentagonal shield, in a different red, around the Manchester United logo. For the home jersey for the 2019-2020 season, adidas had already placed a shield around the MU crest.

The shape and color were then however very different from those used for this novelty. We have to go back to the 2006-2007 season to find traces, a little further back in time, of another exit from the shield on the Mancunian jersey. This will bring back many memories for lovers of the team with 20 English championship titles.

Opposite to the MU crest, we obviously find the adidas logo, in white with black outlines. The usual three stripes of the American brand are of course located at both shoulders, in black. 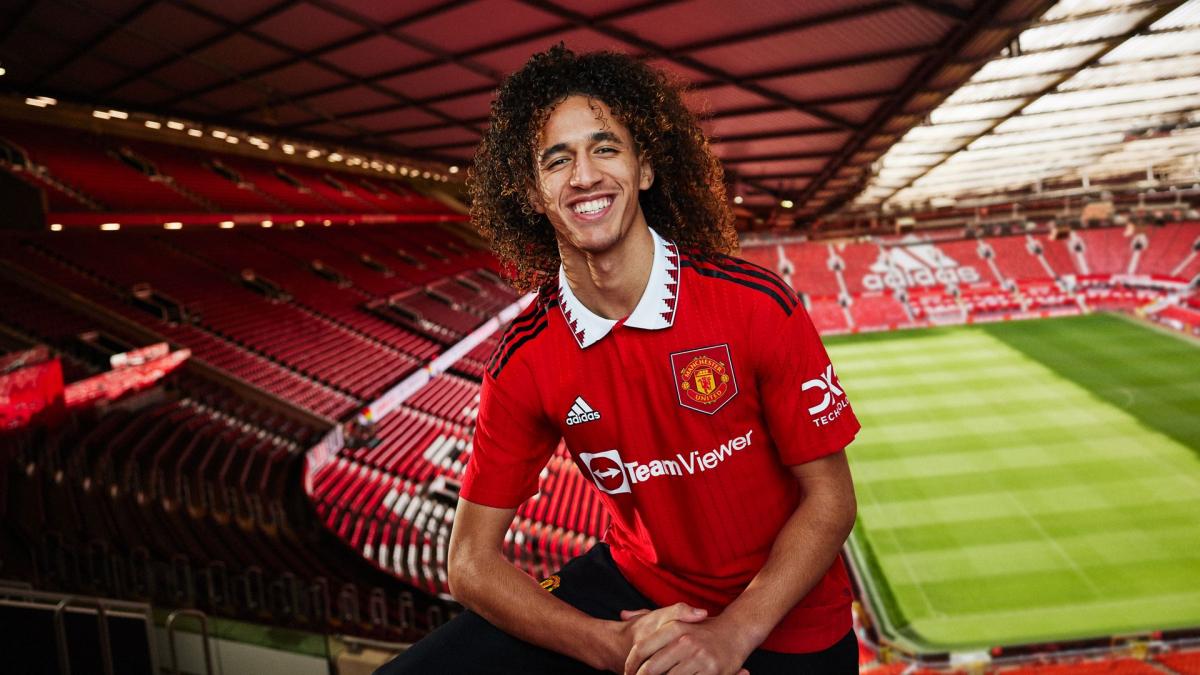 A new sponsor for MU

Man United’s main shirt sponsor, TeamViewer, remains represented in white and does not move for his second year alongside the English club. The software company created in 2005, based on the Cloud aiming to offer remote assistance and collaboration, would bring in nearly €55 million annually to the Red Devils. TeamViewer is tied to MU until 2026-2027.

Note the appearance of DXC Technology as a logo on Manchester United’s left sleeve. Partner of the Organizing Committee for the 2024 Olympic and Paralympic Games, the American multinational IT services company will thus replace Koehler, while the duration of the lease has not been filtered, as has the amount of the latter.