Full axis, Antoine Mille kicks a free kick in front of the Lyon area to the right of the goal. Anthony Lopes pushes back for a corner.

Nice deep ball from Romain Faivre for Alexandre Lacazette in front of the box which extends for Karl Toko Ekambi. The Cameroonian plays Pierre Rothacher but pushes his ball too much. His unbalanced shot ends up in the small left net.

33rd: Lyon insists a little more in the corridors with Karl Toko Ekambi and Tetê who are available as well as the side.

32nd: Change for Bourg-en-Bresse with Valentin Baume the goalkeeper who gives way to Pierre Rothacher. No injury, it was planned before the match.

31st: Tetê launches on the right Malo Gusto who enters on the right of the surface and attempts a shot which is repelled by the goalkeeper.

31st: Fault by Maxence Caqueret on Jordan Morel in the camp of the locals who can get away.

30th: Found on the right wing by Thiago Mendes, Alexandre Lacazette overflows and crosses at the near post. Defense wards off danger.

29th: Foul by Mathias Fischer on Henrique on the left in front of the area. a free kick for Lyon.

28th: Karl Toko Ekambi tries to throw Romain Faivre in the right lane but his pass is intercepted.

27th: If the domination is Lyon, Bourg-en-Bresse bravely plays his luck and is dangerous on the rare possibilities to exploit.

Following a corner on the right side, Sidney Obissa is alone at the far post. His recovery from the left ends on the post of Anthony Lopes.

25th: Ilyès Najim provokes in the axis against and finds Jonathan Rivas well on the right of the surface. The latter fixes Castello Lukeba but comes up against Thiago Mendes.

24: Thiago Mendes hits a free kick full axis but his attempt flies well above the frame.

23rd: Foul obtained from experience by Alexandre Lacazette full axis in front of the opposing surface. Malick Lopy is warned for his late intervention.

22nd: Technically, some adjustments must be made in view of the coming season and automation must be found. Nevertheless it is interesting for a first.

21st: Nice movement from Lyon on the right with Romain Faivre who finds Alexandre Lacazette. The latter throws in the Tetê corridor which is signaled offside.

20th: Lyon corner hit on the right and which arrives at the far post. Alexandre Lacazette’s head goes over the frame.

19th: Tetê launches on the right of the surface Romain Faivre who provokes and wins a corner of little.

18th: Alexandre Lacazette combines between the lines with Karl Toko Ekambi who launches deep Tetê on the right. Badly supported, his pass is easily captured by Valentin Baume.

17th: Excellent ball in depth for Karl Toko Ekambi who accelerates on the left of the surface but comes up against the parade of Valentin Baume.

16th: Nice movement from Bourg with Ilyès Najim who provokes on the left of the surface and crosses in front of the goal. Jonathan Rivas is too short at the far post.

15th: Small reaction from Bourg-en-Bresse which benefits from swings in Lyon’s concentration. The Rhodaniens will have to concentrate a little more.

14th: Following a Lyon recovery error, Ilyès Najim recovers on the right of the area. He takes time to follow up and Maxence Caqueret steals the sphere from him before succeeding in a small bridge in his surface.

13th:Alerted in depth on the right of the Lyon surface, Ilyès Najim plays with Thiago Mendes and tries a shot which is countered by … Jonathan Rivas his teammate.

12th: Excellent hidden pass from Castello Lukeba to the left of the area for Maxence Caqueret. The latter comes up against the return of Alliou Dembélé and concedes the goal kick.

11th: Good free kick won in the middle 30 meters from the goal by Tetê. The Brazilian winger is very mobile.

10th: Long possession phase for OL, which established itself even more in the Bourg-en-Bresse camp.

9th: A little undecided on his first chance, Alexandre Lacazette made up for it perfectly and scored for the first time in 5 years with OL. A well-celebrated return.

8th: ideal start for OL who have put in place a solid pressing and are already making the task easier. Bourg-en-Bresse can’t really stand out.

On the right, Malo Gusto overflows and crosses low to the ground in front of the goal. In fox at the far post, Alexandre Lacazette finds the fault.

5th: Bourg-en-Bresse is trying to build a little. The locals can finally touch the ball during a sequence in their camp.

4th: We feel concentration and biting in the Lyon game. Les Gones are making efforts and trying to assert their supremacy in the midfield.

Found by Romain Faivre full axis in front of the surface, Alexandre Lacazette controls and tries a shot from the left. Too axial, his attempt is captured by Valentin Baume.

2nd: Long cross from Thiago Mendes to the right wing for Romain Faivre. The latter pushes Sidney Obissa into touch.

1st: From the start, Olympique Lyonnais put their foot on the ball and tried to build. Bourg-en-Bresse responds with high pressing to disrupt the recovery of Les Gones.

6:59 p.m.: Alexandre Lacazette wears the captain’s armband and performs the toss with Alliou Dembélé the captain of Bourg-en-Bresse.

6:58 p.m.: The two teams leave the tunnel and tread the lawn. Bourg-en-Bresse plays in blue and Lyon wears a white jersey.

Remaining at OL on loan, the Brazilian winger was interesting last season and will want to distinguish himself with Les Gones. Provocative and effective, he has a card to play this season.

Arrived from Caen, the sentinel will fight for a starting place. Beginning alongside Maxence Caqueret, he can count on his young partner to help him acclimatize slowly to the eleven of Les Gones. 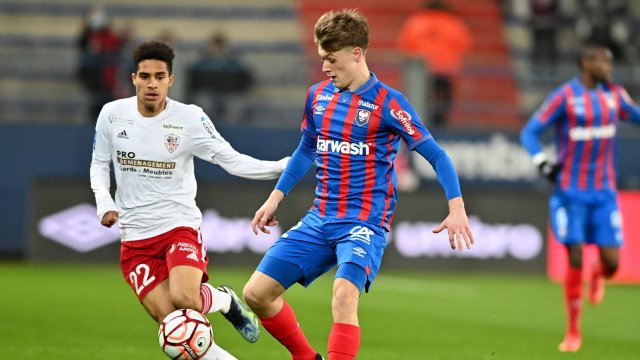 He left OL with a hat-trick against Nice (3-3) in 2017, Alexandre Lacazette will again wear the Gones jersey. The French striker will want to make a successful comeback and if possible score. 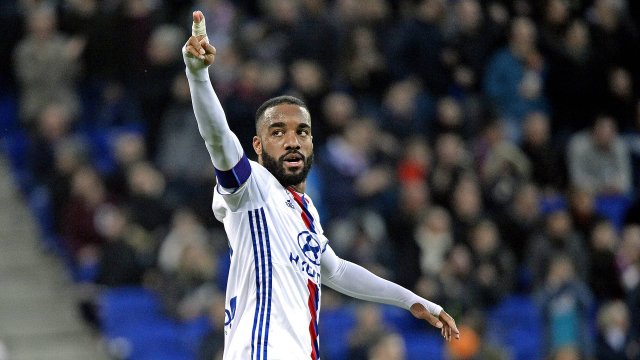 Bourg-en-Bresse is articulated in 3-5-2 with Valentin Baume as the last rampart. He is located behind Yoro Diaby, Malick Lopy and Sidney Obissa. The double pivot is provided by Aliou Dembélé and Antoine Mille with Anthony Ribelin a little higher while Mathias Fisher and Jordan Morel in the corridors. The offensive duo sees Ilyès Najim and Jonathan Rivas being associated.

The first composition of the season for our Blues! 💪💙#FBBP01OL pic.twitter.com/QlYFrrZPBn

Les Gones present themselves at Stade Marcel Verchère in 4-2-3-1 with Anthony Lopes in the cages. In front of him, Malo Gusto, Thiago Mendes, Castello Lukeba and Henrique form the defense. Positioned as a sentry, Johann Lepenant is accompanied by Maxence Caqueret. Alone at the forefront, Alexandre Lacazette can count on Tetê, Romain Faivre and Karl Toko Ekambi in support.

Our starting XI for this first preparation meeting of the 22-23 season against @FBBP01 ! 🦁🔴🔵#FBBP01OL pic.twitter.com/um5FhTsiS6

Peter Bosz has retained a group of 28 players for the first preparation match against @FBBP01 this Saturday at 7 p.m.

Hello everyone and welcome to Foot Mercato to follow the live commentary of the friendly match between Bourg-en-Bresse and Olympique Lyonnais. The kick-off is scheduled for 7 p.m. at the Stade Marcel Verchère.

1h30 before the kick-off of this first preparation match 🙈

The last places available at the stadium ticket offices and on our official ticket office 👉 https://t.co/ghsuLI5rol#FBBP01OL pic.twitter.com/r0FzaVEvfo